What is the Business?

KRBL is a Basmati Rice player present in rice milling and retailing of rice as well as exports. KRBL has well-established brands in India as well as international markets like Saudi Arabia, UAE, Qatar, Kuwait, Oman etc 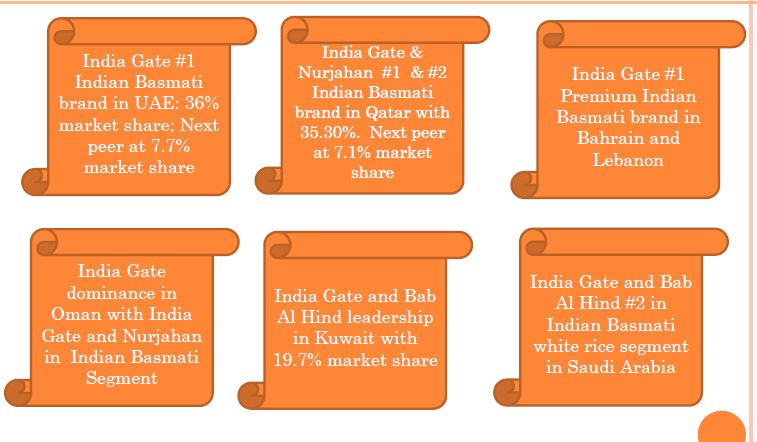 Risks in the Basmati Rice Business

Success story of Basmati Rice and KRBL in particular

What next for KRBL?

Concerns/red flags or what can go wrong?

Comparison with other Basmati Rice players

Amongst peers, KRBL has the best operating margins and Return on Equity (ROE) profile. Chamanlal Setia comes close to KRBL on financial parameters but is a much smaller company and its brands are not as established as KRBL. Also, operating cash flow generation profile for Chamanlal Setia is not very encouraging – negative for 5 out of last 10 years.

Current Market Price – Rs 323
Market Cap =Rs 7,606
Inventory* = 2460 Crs
Debt = 1090 Crs
Enterprise Value = 6236 Crs
*For KRBL, inventory will have to be considered like cash on books since the business model requires ageing of rice which will consequently be sold and cash will be realized